Teaching English in Thailand / Teaching  / Speaking Thai in the Classroom

Speaking Thai in the Classroom

Speaking Thai in the classroom is frowned upon, just as speaking any student’s mother tongue is a basic no-no in modern ETL lessons. Depending on the employer, it’s either frowned upon or banned all together—and rightfully so.

Still, those who make an attempt to learn Thai find that it’s immensely beneficial. 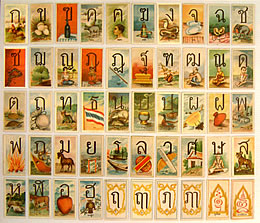 Moving beyond basic levels, speaking Thai in the classroom can be helpful, even if teachers shouldn’t speak it. More importantly, it allows us to communicate with Thai colleagues and school administrators.

Jackie is an American who teaches English in Thailand for a private corporation, and she finds speaking Thai in the classroom to be helpful. Her employer has nearly banned all use of Thai, yet she still finds her language skills useful.

Canadian, Bobby Le Gear also speaks Thai. He teaches English in Thailand at a secondary school where speaking Thai in the classroom isn’t so restricted.

“I rarely use Thai to get a whole class under control but I do use it to address individuals privately if I need to issue a clear warning.”

Bobby also uses Thai to connect with students outside the classroom.

“Without Thai, we’re limited to making connections with students whose English is good enough to have limited conversations.

Outside class I switch between the languages, depending on the conversation or whatever is easier to get the point across.”

“I can more easily predict areas that my learners might find challenging,” she reported.

“This has really helped me to design lessons that are more meaningful and useful for my learners.”

Michael Lennie is an Australian who teaches English in Thailand at a school in Udon Thani; he’s the only foreigner at his school.

Lennie says, “Life would be boring if I couldn’t participate in everyday conversation or during social occasions. It also helps when asking for things like last-minute photocopies from the office staff.”

Bobby cuts to the heart of the matter and sees things from his Thai colleagues’ point of view.

“Speaking Thai in the classroom can reduce the insecurity a Thai teacher may feel when communicating with me. It also helps me to be proactive when approaching Thai teachers for assistance and advice.”

Hitting the proverbial nail on the head, Bobby points out, “Speaking Thai lessens the chance of taking things personally when things don’t go my way, or I don’t understand the logic of why things are done a certain way. I can usually find out the reason why and plan accordingly.”

Speaking Thai in the classroom is clearly beneficial to teachers and everyone we interviewed said it was critical to making life easier.

They suggested learning how to read Thai, as it makes for more independent learning. They also stressed something foreign teachers stress to Thai students: don’t be afraid of making mistakes.

Perhaps Jackie put it best, “Just get started. You need to dive right in.”